On April 13th, 2018 escrow closed on the former police station in downtown Redding. Right away, The McConnell Foundation team began working with Ryan Russell of RAD Studio to create plans for the warehouse renovation. Architectural historians are taking note of the so-called warehouse renaissance; a tendency toward industrial renovation that is popping up in cities that are on-the-move all across the United States.

The warehouse, which shares an alley with Sherven Square and the Gateway building, will become The Green Door Project named after the green doors in the former police station. The Foundation will work with the community to activate the warehouse with pop-up retail, bike rentals, creative play, art installations and nightlife. Activation = to program the space with people and objects to enliven it. This, in contrast to the site sitting vacant since the new police station opened in 2015.

Imagine all of the above occurring on a temporary rotation bringing a variety of new activities to experience downtown.  The Green Door Project will give people an opportunity to experience a sampling of what is possible in a vibrant downtown. This approach is intended to leverage the power of *temporary* places in the process of catalyzing long-term change in downtown Redding. Watch this video for highlights of this approach to creating “momentary monuments.” If you’re interested in learning more about the framework for this project, check out: Tactical Urbanism: Short-Term Action for Long-Term Change by Mike Lydon and Anthony Garcia. Here is a sense of the before & after concepts so far–all temporary by design:

By April 27th, the plans were submitted to the Permit Center at City Hall for consideration by the City of Redding Building & Planning departments. This project would be among the first projects to happen under the new Downtown Specific Plan, which was officially adopted on April 3, 2018. In the section titled Economic Development Goals, the plan calls for the City of Redding to:

5. Periodically conduct public workshops to introduce individuals interested in opening a new business in Downtown Redding to the business start-up services and assistance available through various public agencies and non-profit organizations, as well as steps involved in permitting a new “Pop-up” business (described in Chapter 6, Regulations, Standards, and Guidelines).

The Downtown Specific Plan outlines the development standards for Pop-Ups: 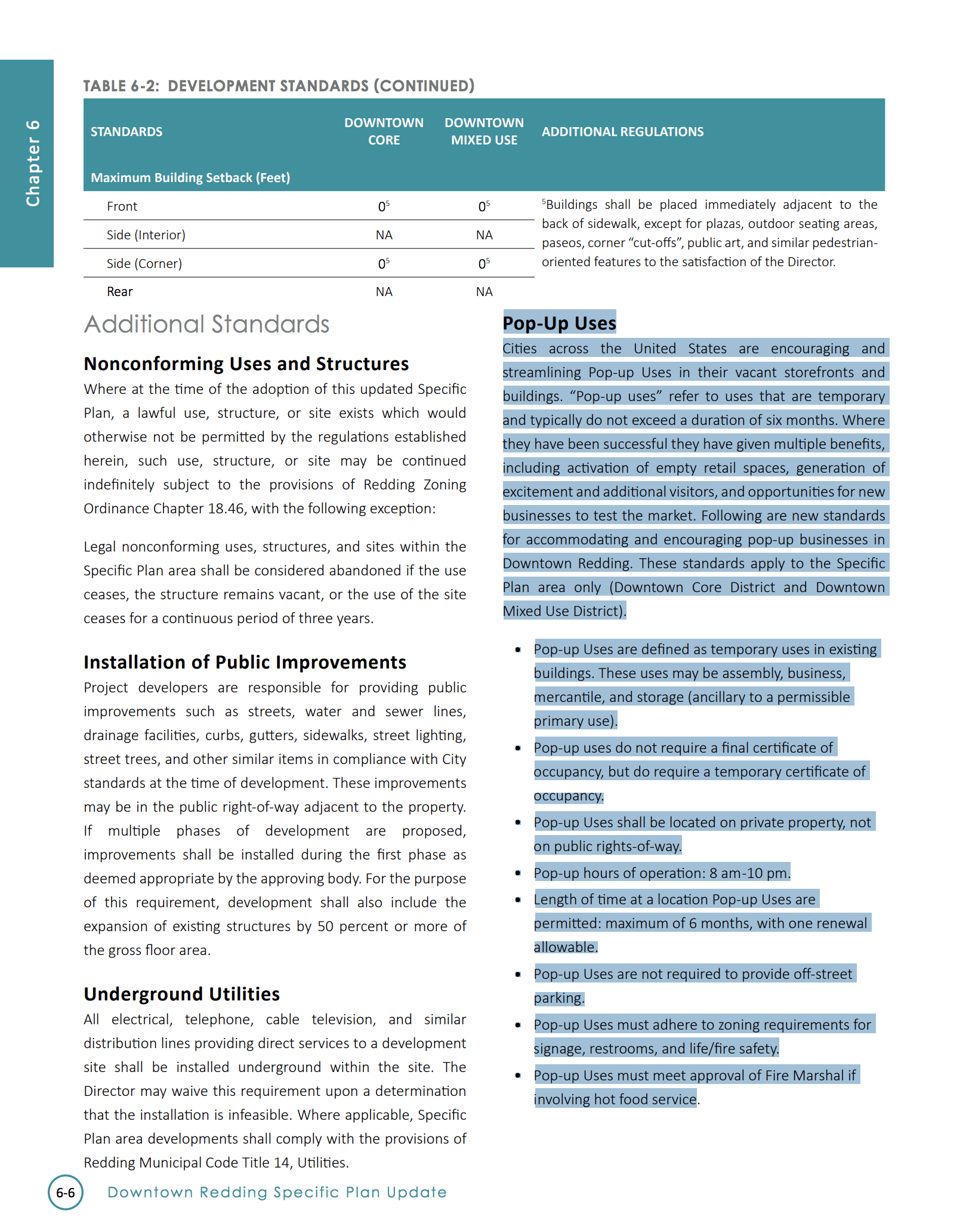 The plans submitted for The Green Door Project–as can be standard in projects like these–required one round of revisions. After successfully meeting the requirements, The McConnell Foundation now has the permit in hand! A key milestone in this project to help revitalize downtown Redding. Special thanks to Ryan Russell (RAD Studio) and Richard Huff (Facilities Supervisor at The McConnell Foundation) for their help along the way. 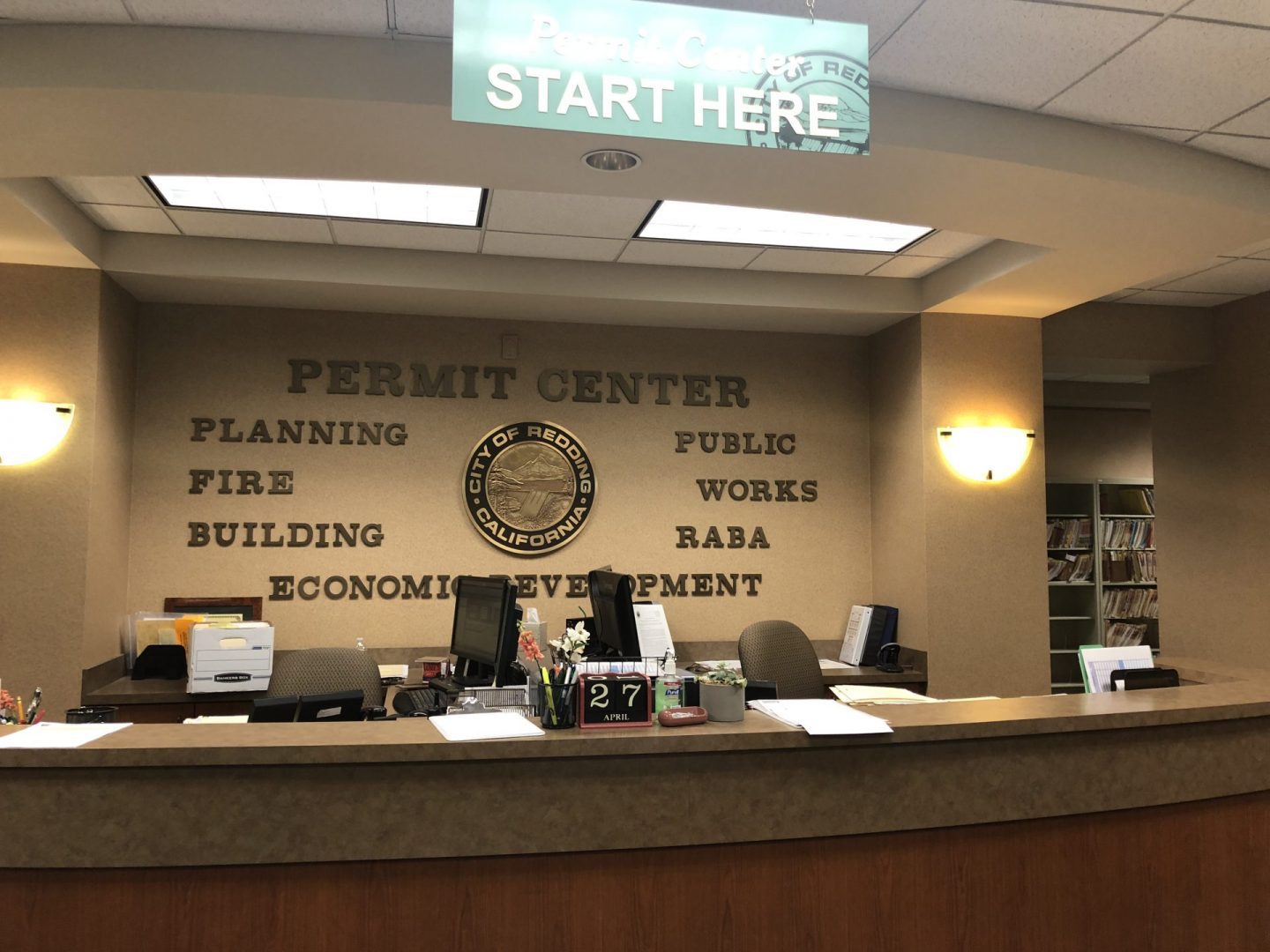 The Permit Center is the place to start & to return revisions. 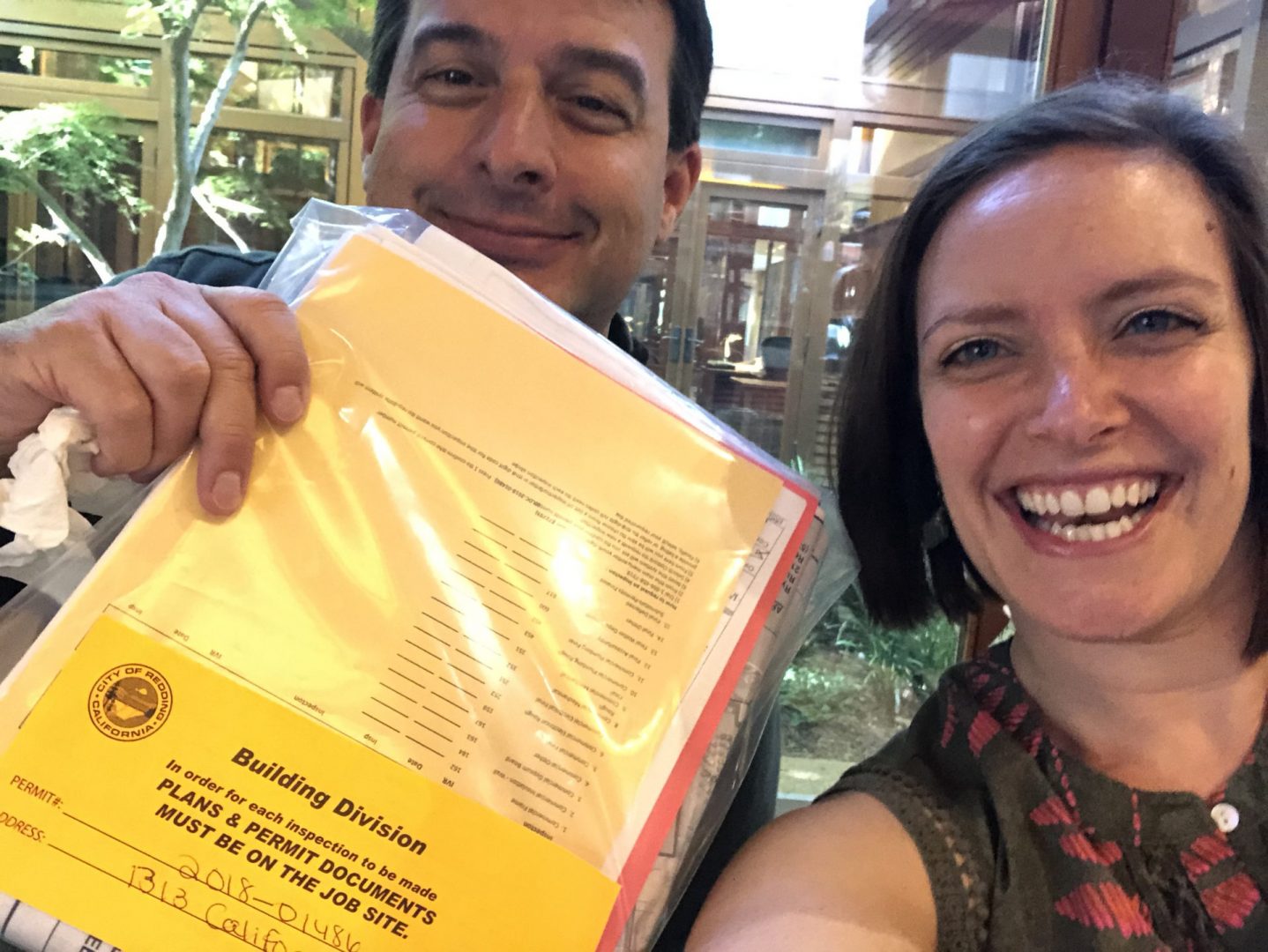 Richard Huff & Rachel Hatch of The McConnell Foundation with permit in hand.

Stay tuned for more updates on The Green Door Project, they will be available here on the Community Vitality blog.