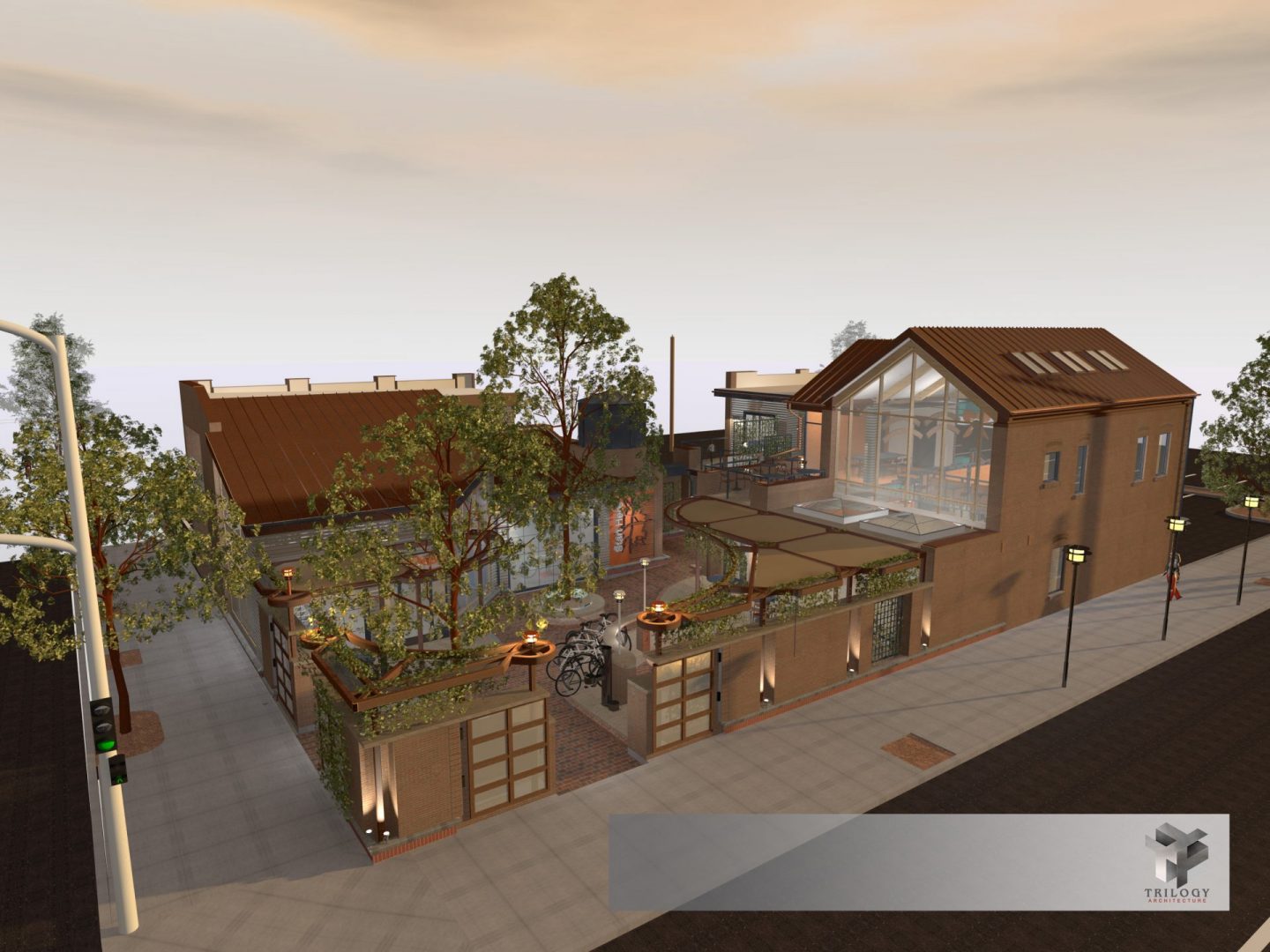 Temporary fencing will be erected soon on The McConnell Foundation’s Bell Plaza project, located on the corner of Shasta and California streets in downtown Redding.

The Bell Plaza Project seeks to retain a piece of Redding history, while creating a new community amenity that will include a bike depot, a café and an outdoor courtyard. The bike depot will feature a bike share program and be operated by Shasta Living Streets. The Foundation will own The Bicycle Bell café, but will select an operator through a request for qualifications process. The gated courtyard with outdoor seating is intended to be a bike- and pet-friendly public space.

The Foundation selected Trilogy Architecture as the project designer, with their long-term presence and focus downtown. Modern Building Company is the general contractor, with historic restoration experience including the former President’s mansion at CSU Chico, and the historic brick structures at Sierra Nevada Brewing Company in Mills River, North Carolina.

Initially, the Foundation planned to reinforce the Bell Rooms structure in its existing form, but the contractor determined the building lacks a solid foundation. So instead, the Bell Rooms bricks will be carefully dismantled, cleaned, and protected; a process which will happen off site. A new building pad will be laid on the original footprint at the Bell Rooms location, and the walls rebuilt using Bell bricks. This new building will be structurally sound, include increased health and safety measures, and provide a greater lifespan. All the while, it will evoke elements of the original Bell Rooms, with its sloped roof and red brick architecture which is distinctive in this part of downtown Redding.

This corner is key to revitalizing downtown. The Diestelhorst to Downtown bike trail, under construction this year, passes right by Bell Plaza.

“Our team is imagining this space as a hub for bicyclists and pedestrians, a gathering place to enjoy food and beverage, and an interactive amenity for those who live, work and visit downtown,” said John Mancasola, president and CEO of the Foundation.