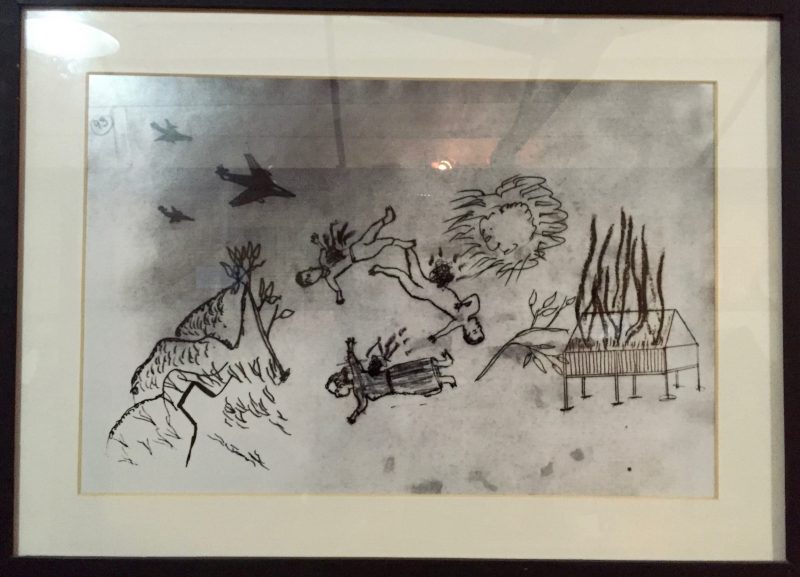 “In the earlier times of my village we had good fortune and there was nothing to cause us fear or danger in the lives of the Laotian rice farmer in our region like in other regions the same. But in 1965, the airplanes began to come drop bombs on the people of Xieng Khouang. Until it caused deaths and injuries to the people…. There were people who died in the holes. There were many people who couldn’t get out. All that could be seen were heads, and legs, and hands only. Then there was a man who went to dig them out because his child and wife were buried inside.” -Illustration 8, COPE Visitor CenterOn the morning of July 2, we visited the Cooperative Orthotic and Prosthetic Enterprise Center and we watched this video. It is the devastating reality of what is going on today.

This video shows how a part of history still has a resonating effect on people’s lives forty three years later.

The Vietnam War has affected so many and I never realized how close to home it actually is. All through out school, I learned that the Vietnam War was the longest war in American history. America fought against communism in the divided Vietnam, withdrew, and Vietnam was reunited under communist ruling. I spent so much time learning about Vietnam and America that it didn’t connect for me that Laos and many other countries were so heavily impacted by this war even though my grandparents had lived through it in Laos. As an Asian-American, I am hurt by what has been done to my people but at the same time, I feel like I had a part in making this mess so it is my responsibility to clean it up. 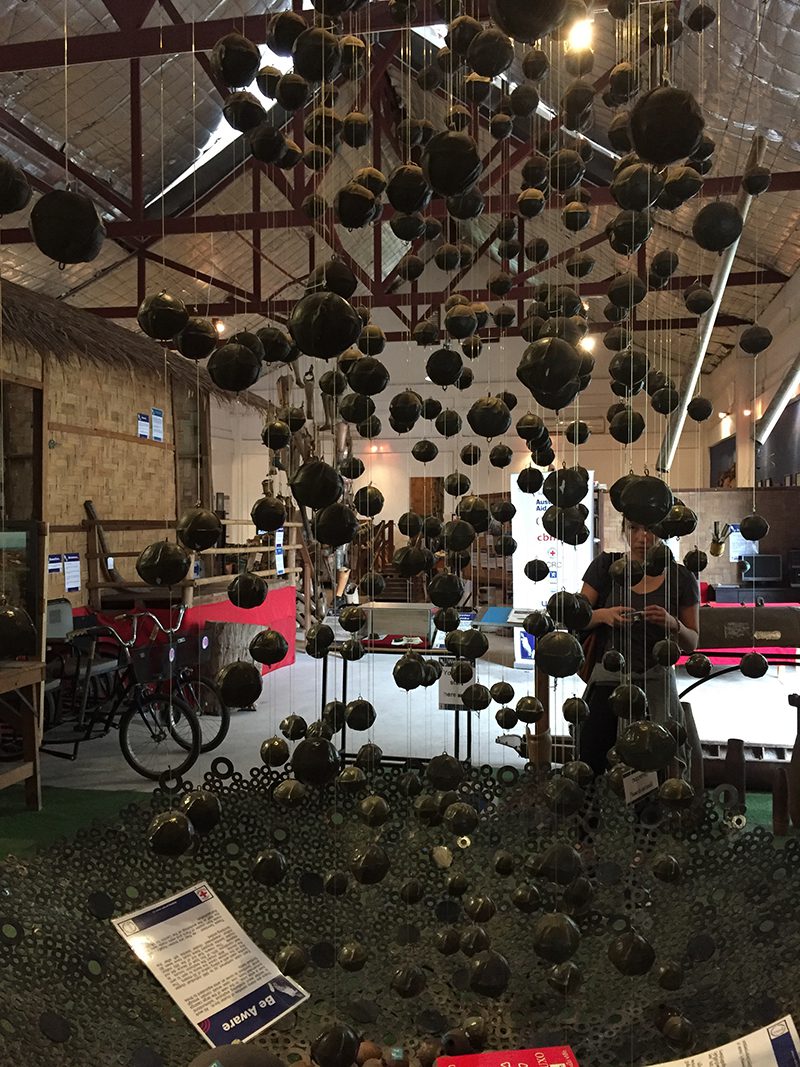 What broke me the most was that villagers are going about their normal every day lives, farming to provide enough food for the families, but they are risking their lives on contaminated lands that have been ridden with unexploded cluster bombs from decades ago. Even for the Mien people, because of this war, so many families were separated, displaced, and forced out of their country to seek refuge in camps in Thailand. Many Mien people fought in the Secret War alongside the CIA to only be taken away from their homes and separated from their families who still remain in Laos. My grandpa would tell me stories from the war about how he would cover these bombs with a piece of raw meat to lure animals like tigers. When the animals would bite into the meat, the bomb would detonate and my grandpa would have his food. It is amazing how something the size of a closed fist could do so much damage. Now imagine that multiplied by 270 million bombs stretched across Laos over nine years. 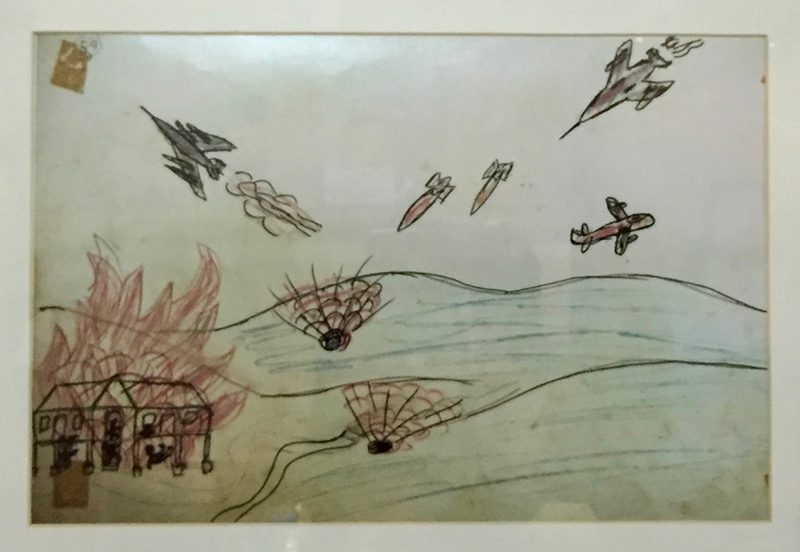 “The school was hit and burned. There were many people in the school who died. But I didn’t know who because I wasn’t courageous enough to look. I was afraid that the airplanes would shoot me.”

We grew up learning that when you make a mess, you should clean it. This mess was made five decades ago and it hasn’t been cleaned up because so many of us go about our every day lives not knowing this had happened. Before this visit, I did not realize the severity of the damages that were done so long ago. Generations that did not even live through the war are suffering from the aftermath because of these unexploded ordnances. Families were killed and those who survived were forced to start all over. My family suffered directly form this war and I still didn’t even realize how devastating it was and still is. People are hurting but no one notices.

From this visit, I have learned to always be thankful of what I have been given. I can’t help but wonder how different my life would be if my family stayed in Laos. My grandparents suffered for years. They lost their homes but they created a new one for me and future generations to come. What strength, resilience, and faith in God that took to be able to live through that. They have done so much in order for me to have a better life and I believe that I should continue that compassion and fight to end suffering for those who are still hurting and being affected by this war by shedding light on this topic. We need to bring comfort to those who are hurting. 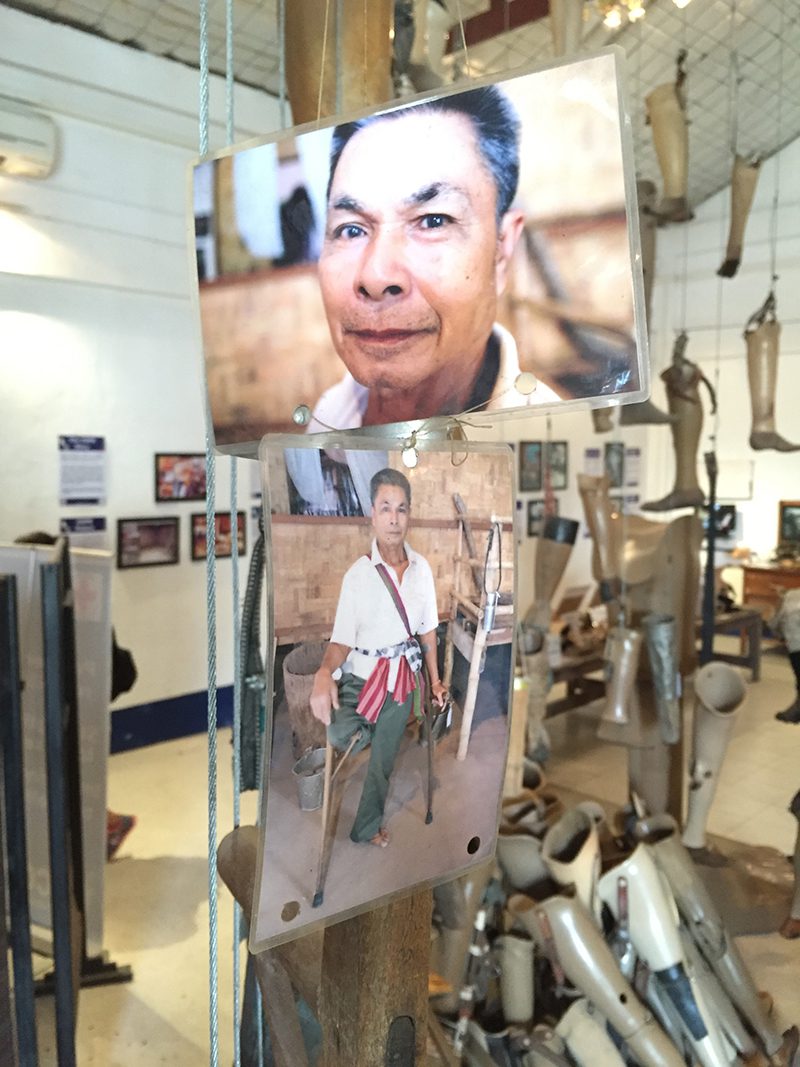 “Well I have seen my home develop through the past. But when the grass (of the rooftop) was struck by the bullets from the airplanes and burned. These three were worried about their belongings in the house. If everything burned what were they to do to care for their future lives, to have rice to put in their stomachs? These three, mother and her two sons, ran out of the mouth of the cave. Their goal was to go to their burning home and retrieve some of their belongings to have for their future lives. But their fate was ended. Just then a bomb from the airplanes hit them. That bomb was a very big bomb. They were careful but the fragments struck them. All three people in this one family lost their lives to the necessities of this war.
This is the real fruit of war! That people die for no reason and no result.”