My Laos Experience – by Feuy Saephan

Everyone has their own experiences in life. No matter how big or small those experiences are, it will give you a new perspective and change the way you feel or think about things. I was given the opportunity to see another part of the world that I’ve ever only heard of and seen in pictures, and having gone there and back I can say this trip changed a small part of me. 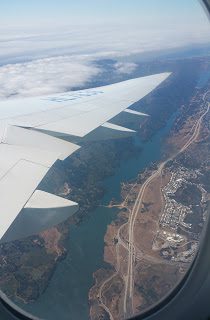 There I was sitting on the plane, with five other SAIL participants, on my way to Laos, a country on the other side of the world, 18 hours away from everything and everyone I’ve known since I have lived. It was a terrifying feeling, especially since it was my first time flying on an airplane and getting flown to a country I was not familiar with. It was such an awing experience seeing the world from a higher elevation and seeing the vast ocean, land full of trees, man-made houses, and architectures. At this moment, I saw how big the world was compared to the small town I grew up in. There is so much out there, and I always knew this from the maps I would look at in history class or the globe I would spin around because I was trying to amuse myself, but actually seeing the map being laid out below me as if it became three-dimensional really hit me that there really is so much more out there. I didn’t know what to expect as I arrived in Vientiane, Laos because how could I have prepared myself when I have never been out of the country before. 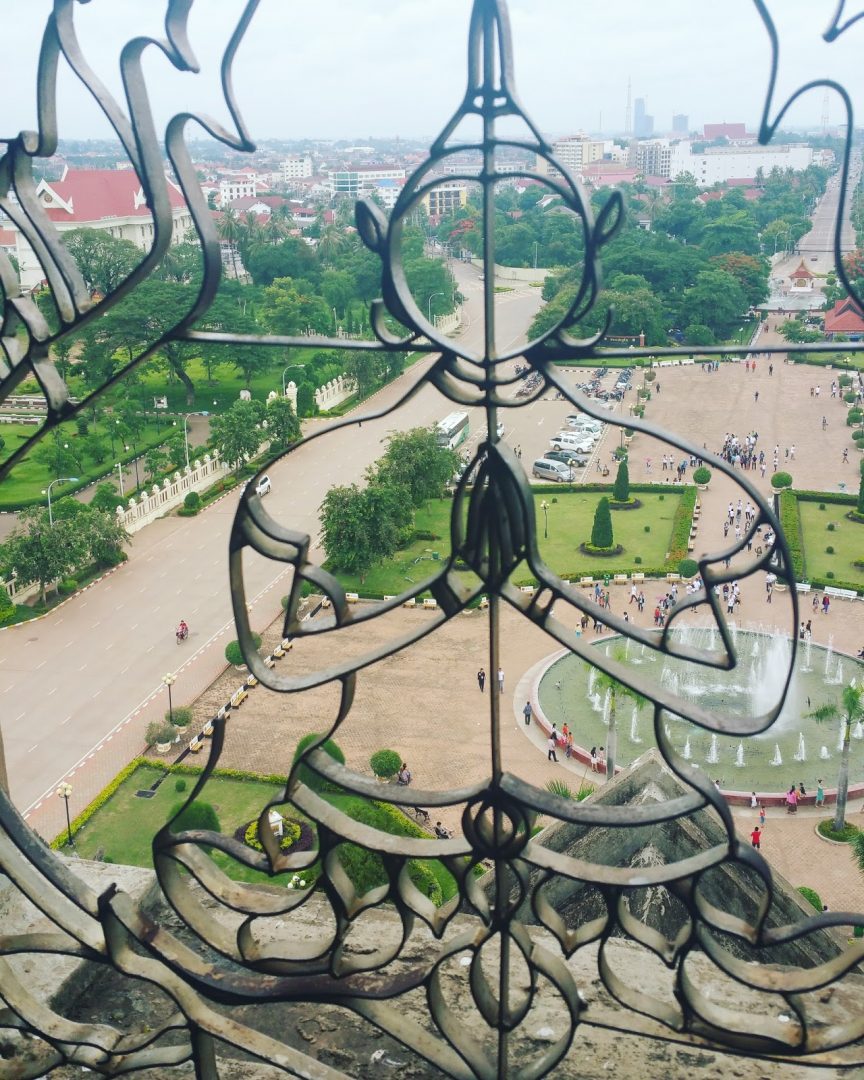 The day I arrived in Vientiane, it felt surreal. It didn’t even feel like I was in Laos and halfway across the world. Even though I felt jet lagged, I was ready to go explore the bustling city, and it might have not been the smartest idea but I was not about to let a day go by me. The first thing that hit me when I went outside was the humidity. I don’t think I have ever sweated so much while standing still, than I had in my time in Laos. One of the first places we visited was Patuxai, a victory monument built in 1957 to 1968 for the Laos who lost their lives while fighting to gain independence from France. I was able to capture a small view of Vientiane from one of the seven floors through one of the beautifully welded windows. Looking down from the seventh floor of Patuxai was one of the times it really hit me that I wasn’t in the United States anymore. 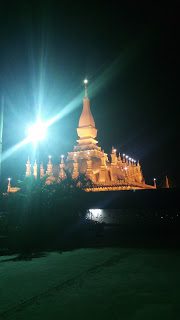 The main religion people practice in Laos is Buddhism. Coming from a Yao-Mien family where we practice taoism, I was able to relate to some of the practices and beliefs that they hold. One ceremony we attended was for the celebration of the end of buddhist lent. It was held in the evening and we sat inside a temple while the buddhists chanted and prayed. Shortly afterwards we were given flowers, candles, and incense sticks and walked around the temple a few times before setting them down next to the buddhist statue we chose. Then we prayed and bowed our head three times wishing for good luck, good health, and anything our heart really desired. This night helped me understand buddhism much more than I have ever before and I felt incredibly immersed in the Laos culture. It was one of the best experiences I went through because it opened my eyes to a different religion and belief that I was not knowledgable about before. It is also certainly one of the many experiences I will carry with me for the rest of my life.

Another experience I will take with me was seeing the kids in Laos acting so mature and doing grown-up work, such as this little girl working a silk loom at 11-years-old. She was beginning to learn the ways of working a silk loom in order to make beautiful hand-made products to sell. Throughout my time in Laos, I would see children as young as six working at the counter of their parents store or restaurant. They were so groomed and mature that they didn’t sound or act like little kids compared to the ones in the United States. This was one of the many social differences I saw as I observed the culture of Laos.

In the blink of an eye, I was back in my hometown and in my own bed without even realizing it. I have learned and taken in so much from this trip that I cannot fathom the idea that I even left in the first place. It is so subtle, but I have changed in a way that cannot be reversed and I do not want it to be. My perspective on everything has been taken to a whole new level and I can certainly say I left a piece of my heart back in Laos. 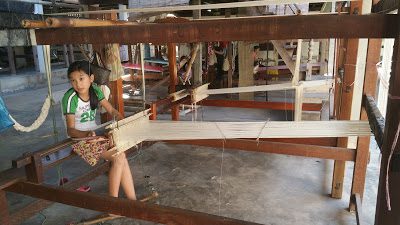