(October 13, 2020) The first vertical building at the former California Street parking structure is under construction. Modern Building Company is the contractor for the 6-story, 398 space parking structure which will be accessed via California Street. In a parking license agreement, some parking will be allocated to Shasta College, the anchor tenant of the north tower, with the balance to be public parking. The structure will feature solar panels to convert sunlight into electricity for the Block 7 project. 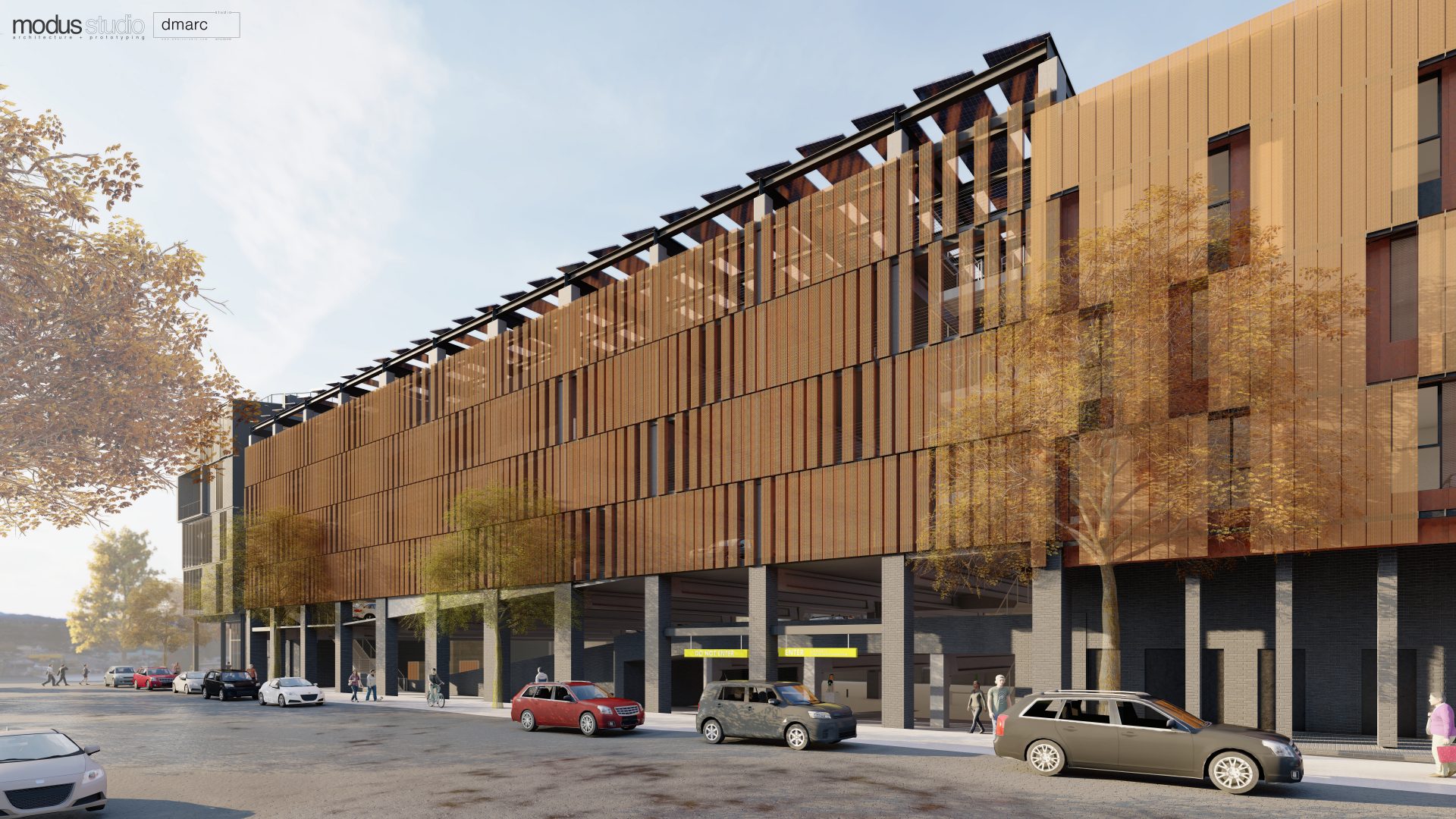 The project owner is Block 7 Retailers, LLC, a partnership between K2 Development and The McConnell Foundation.

The City of Redding has fully embraced downtown revitalization. “K2 & McConnell are fulfilling their commitment. Parking isn’t glamorous by itself, but it is an essential part of future planning and redevelopment,” said Barry Tippin, city manager. “Public and private parties are working at full tilt to create a downtown that matches Redding’s future potential as a quality place to live, work and play.”