In response, RABA issued a Request for Proposals from community members, to see who if anyone would come forward with a concept for the building. The McConnell Foundation came forward with an adaptive reuse concept. “Adaptive reuse refers to the process of reusing an old site or building for a purpose other than which it was built or designed for” (more here).

Given that this location will be located along the newly-funded Distelhorst to Downtown bicycle path, and given that RABA has a is a transit-oriented vision for the larger parcel over the long-term, The McConnell Foundation proposes a development that would adapt the historic brick structure into a bike-friendly cafe or restaurant, and a new structure to serve as a bike depot which could house a bike share program and would be a launching point for bike tours etc. These two structures could be linked with a gated plaza so that cyclists who are coming off of Redding’s world class trail system at the Sacramento River can head straight into downtown, experience safe bike parking, and a place that is clearly designed to say: cyclists welcome!

Here are some of the conceptual renderings, thanks to Trilogy Architecture: 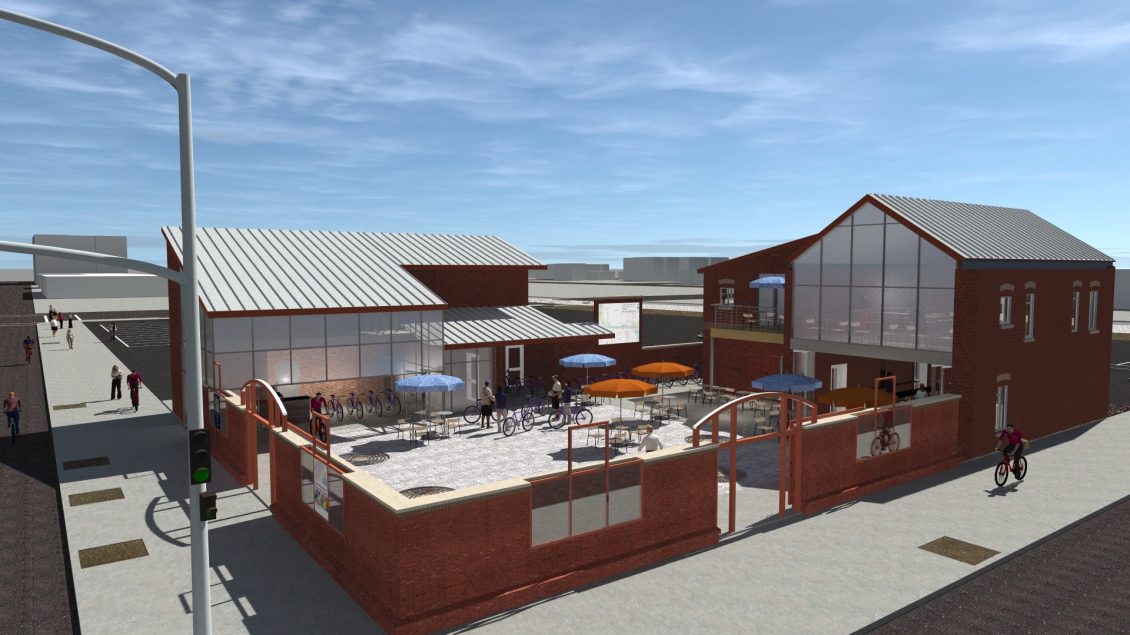 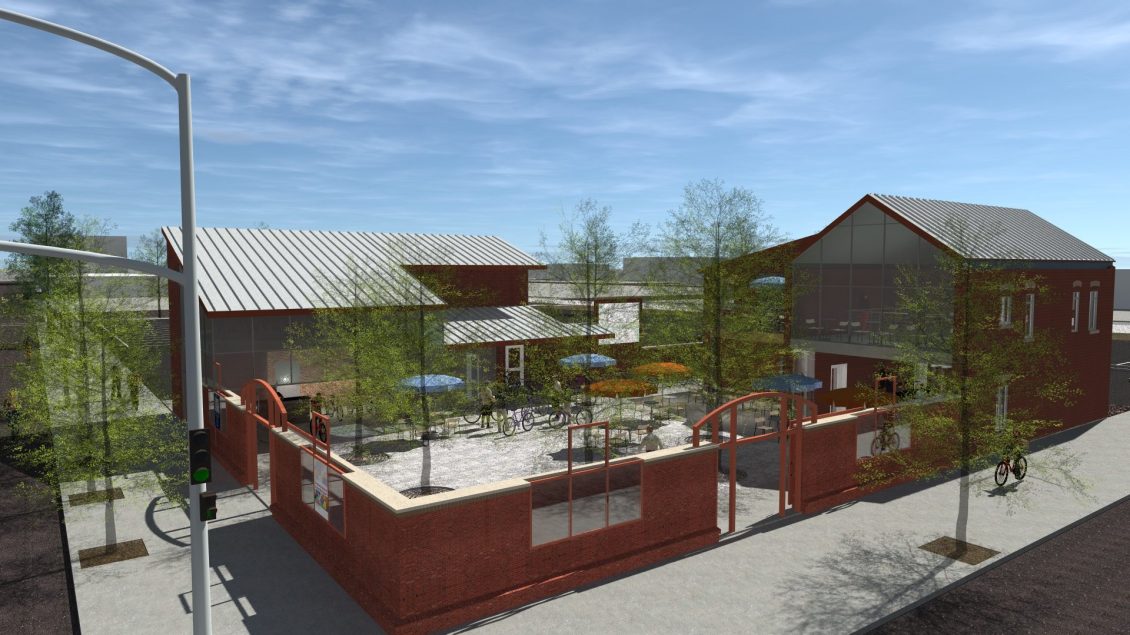 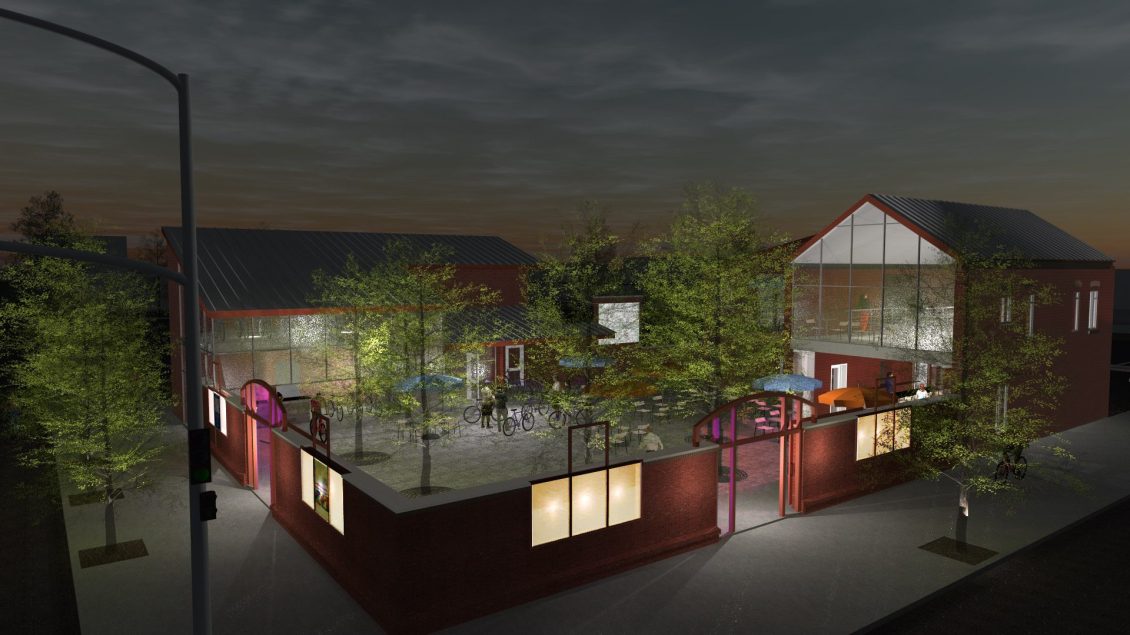 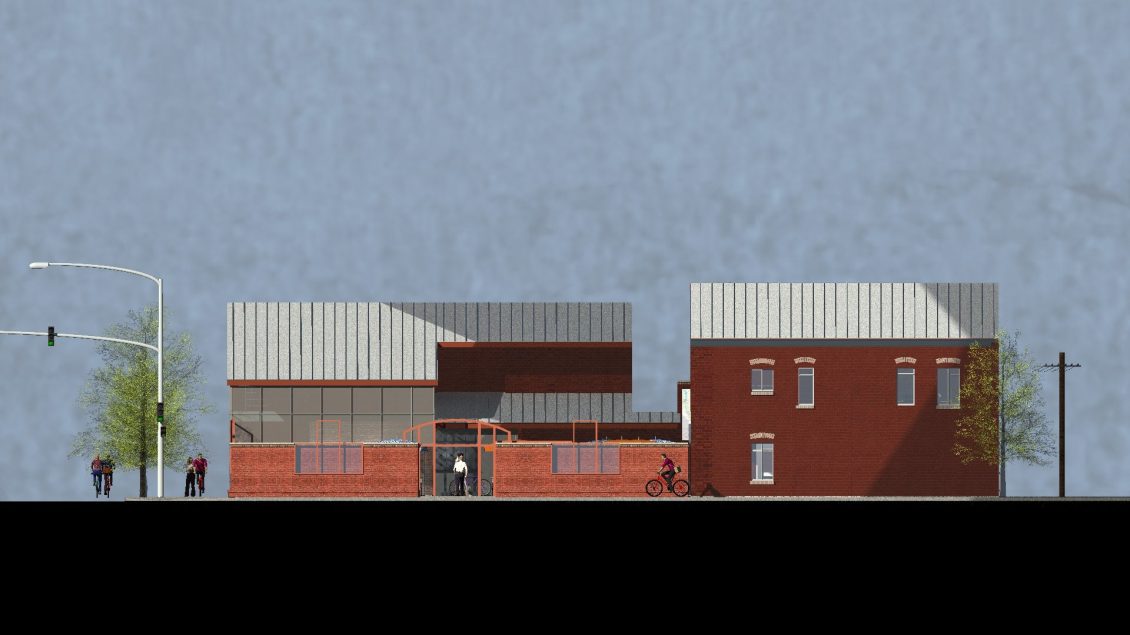 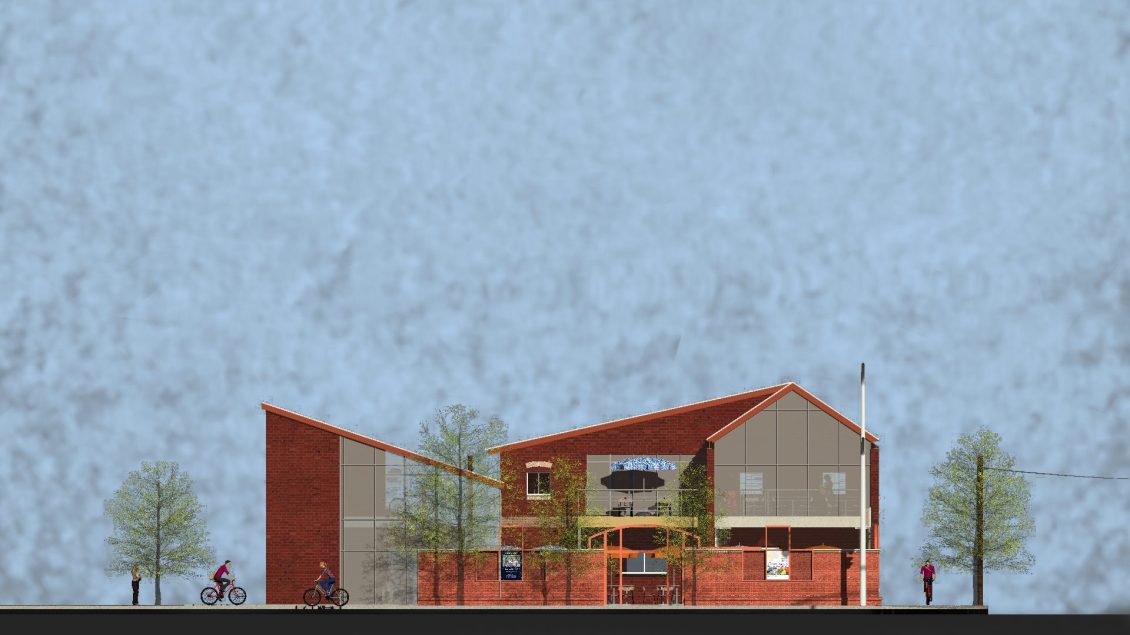 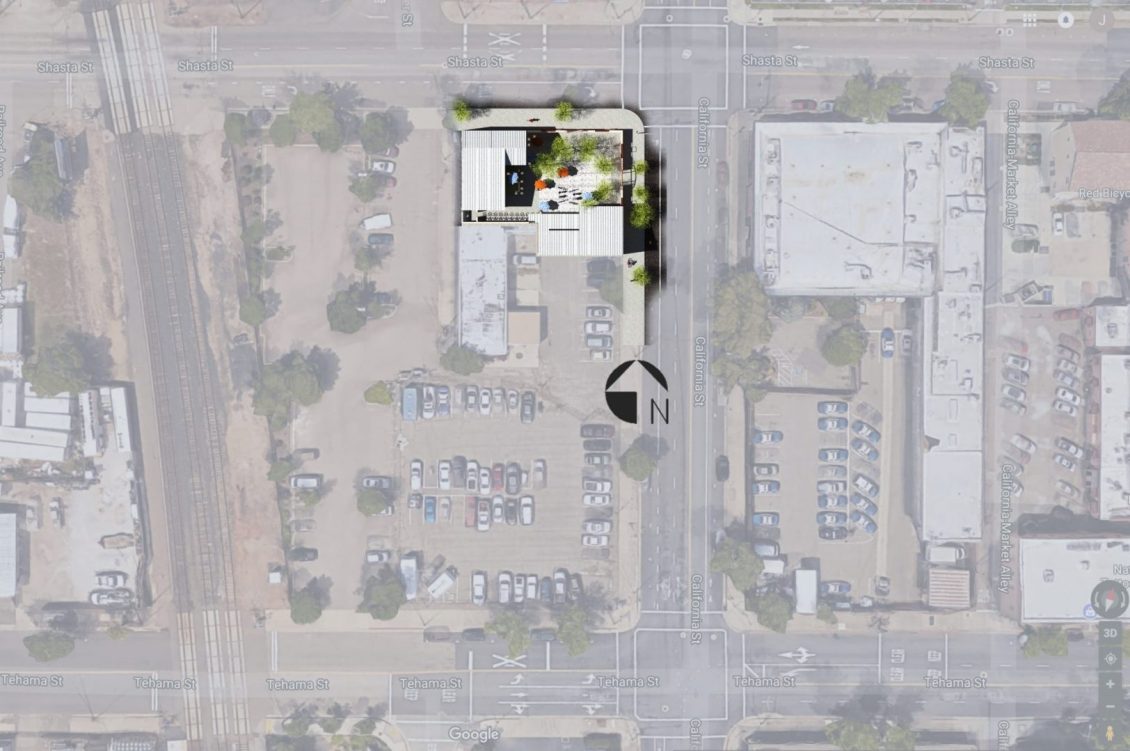